Red-eared sliders are a popular pet turtle species. It is docile and highly resistant to diseases which makes it a popular choice for a pet. In the normal time, it is quite friendly and would even take part in some plays. However, during the winter period, the red-eared slider will become idle and find a warm and cozy place to rest alone.

Hence, many people think that it is hibernating. But the answer to the question, “Do red-eared sliders hibernate?” is different from the myth.

In reality, red-eared sliders will brumate, which is slightly different from the actual hibernation of the turtles. Hence, we will discuss the reasons for the red-eared slider brumate instead of hibernating and how to take care of it during wintertime. 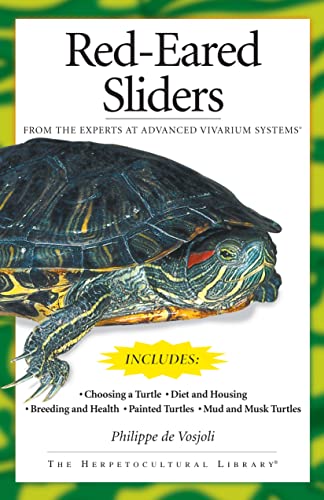 No, the red-eared slider won’t hibernate. Instead, they will brumate during the wintertime when it is shivering outside.

During the hibernation period, turtles actually remain sleepy and won’t come out of their hibernating place at all. The brumation is different from hibernation since the red-eared slider only becomes less active during this time.

It will occasionally come out of its residents to look out for food and water. It also rises above the water’s surface to breathe in the air. So, it remains slightly active during the cold season.

A turtle reaches the brumation stage right before its actual hibernation period. If the temperature shrinks a little below their comfort zone, turtles begin slowing down their regular activities. They will also go into the bottom of a pond or in a hole to rest and conserve energy for the coming winter.

However, the turtles actually leave their brumation period and go into deep hibernation if the temperature falls rather drastically. Brumation is important for the red-eared sliders in the wilderness as it helps the turtle survive without food and water for a long time.

It happens because, during the winter seasons, most little creatures such as worms and crickets as well as vegetation are less too. So, the red-eared slider will brumate for survival.

Likewise, in most turtles, the red-eared slider is sensitive to the least temperature change and acts quickly with the slightest changes. Similarly, when they sense temperature falling below their comfort zone, the turtle will begin preparation for their brumation period.

It will often range over the entire winter season and sometimes might extend to a few days in the spring as well.

In the wild, the brumation period is often longer than a pet red-eared slider. In-housed turtles will sense winter coming as they observe subtle temperature change inside the room and their tank. So, they will start the bromating process.

However, if the turtle tank has proper lighting and enough heat, you can control the tank and water temperature considerably. It allows the turtle to live happily without brumating even if the outside is freezing.

But it is recommended that you allow the red-eared slider to brumate at least for a few days to weeks since it is a natural and biological process for them. You need to lower the heating temperature only briefly during the winter to initiate the brumating session.

What Does A Red Eared Slider Do When It Brumates? 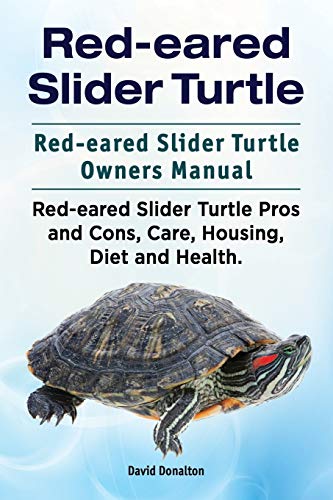 When a red-eared slider brumates, two things will happen mainly. These happenings are-

Hence, if you see the turtle become less active, it is perhaps bromating. However, you must be aware of the fact that during the summertime, a lethargic turtle is probably sick and not bromating.

Also, remember that during the hibernation period, a turtle will sleep. But in the brumation period, a red-eared slider is still awake and just taking a rest. It will come to the surface for breathing and consuming food occasionally.

You will observe two main things during the entire brumation period-

Also, some turtles might stop eating during their brumation period, although they remain awake for the entire time. You will find the pet turtle resting in the same place for hours and even days during this time. Also, they stop their basking time too.

A healthy turtle will have at least 45 beats per minute during normal time. However, it shrinks down to 10 beats per minute when the red-eared slider starts brumating. As the heartbeat slows down, their metabolism also reduces.

Consequently, they consume less oxygen and energy. As a result, the turtle will live for 4 to 6 months at ease, even without any oxygen, food, or water.

When a turtle starts preparing for brumating, it will usually look for a safe place where the predators can’t find it. It prefers a place that fulfills two requirements mostly-

Also, the turtle prefers resting in place which are slightly warm and helps them retain temperature. You will see the red-eared slider brumate mostly underneath the tank or pond in your home. Hence, it is advised that you prepare a nice and cozy hiding place for the pet turtle during the winter. 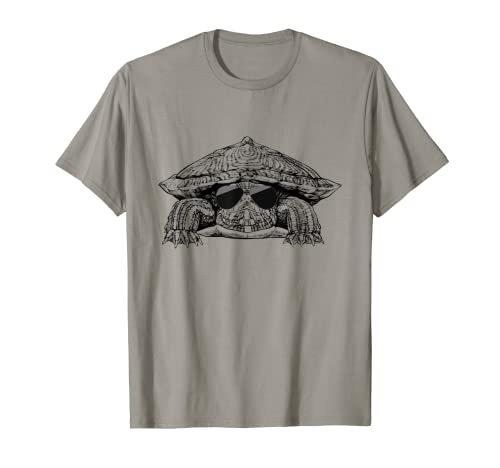 So, the turtle survives the harsh winter condition and can go without food and oxygen, even for four to six months. But you can control the tank and water temperature to reduce or increase the red-eared sliders’ hibernation or brumation period.