Turtles are one of the most favorite pets worldwide. Their amicability and loving nature make them such favorites to all, from teens to old monks. Most turtle owners are fascinated by their lovely pets and become excited with whatever they do.

However, most of them are confused at one point. They often ask, “Can turtles hear?” Also, they ask, “Do turtles have ears?”

The answer to both questions is- Yes.

We will discuss these two topics in today’s write-up. So, turtle owners, let’s get deep into the matter.

This is a million-dollar question that most owners often ask. And it has a confusing answer too. 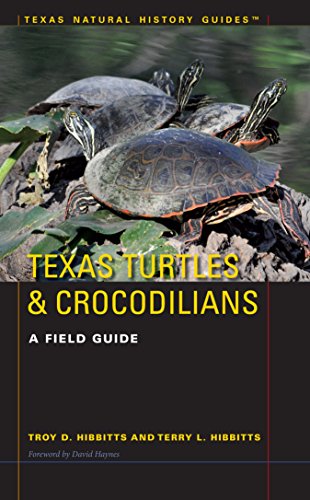 Yes, turtles have the hearing sense to a certain extent. But it is a lot inferior compared to humans and most mammals. Turtles’ ears are different, and they lack auditory ability. Hence, they will depend more on their sense than hearing ability to survive. Plus, they are more responsive to noises and loud sounds like fireworks and thunderstorms than regular sounds.

It happens because turtles ears’ are made to capture sensitive and low-frequency sounds. Also, their hearing ability varies in the land, water, and from species to species.

But first of all, let’s explain how turtles’ ears are structured and how it works.

Do Turtles Have Ears

Yes, turtles have ears, but it is internal. Humans and most mammals have external ears, which are quite different from turtles.

When you look closely at the side of the turtle’s head, you will find some tiny holes. Turtles use these whole to receive any noise from their surroundings. As the sound wave passes through these holes, the sound reaches the turtles’ auditory system. So a turtle can hear.

However, their auditory system and ears aren’t as powerful as dogs and cats. So, they have a pretty poor hearing ability and only catch the louder sounds. It is a big limitation of turtles which they will cover up with their other senses such as touch and smell.

Nonetheless, even this poor-quality of hearing ability of turtles vary in different conditions. We will now discuss them in the following sections.

If your species of land turtles such as Asian Box Turtle or tortoises, you may be interested to know their hearing ability on land.

Unfortunately, turtles have a poorer hearing ability on land. Their hearing sense is highly limited when they are on land. They use it to find small prey and predators to survive against them. Hence, turtles on land are more vulnerable to predators than in water.

Also, note that their hearing ability on land works differently. They are unable to pick up the sound created by their prey or predators on the land. Instead, they depend on-

Also, turtles are more adept at hearing low-frequency sounds better. But they are not so good at picking high-pitched sounds. This inability makes them vulnerable on land.

Turtles have better auditory ability underwater than on land. This difference comes due to the way turtles’ ears are structured and work.

While humans and most mammals have external ears, turtles’ ears are internal. They have tiny holes around their head, and sound enters into their auditory system through these holes. However, turtles have a thickened and fatty skin which often limits their hearing ability on land.

But as soon as the turtle goes deep into the water, the scenario changes completely. The fatty and thick skin becomes a boon for turtles underwater.

It works as a good sound conductor to relay the sound from the external surrounding to the internal ears. Also, turtles’ internal ears are designed to pick up any changes in air pressure better. Its sensitivity will work in favor of hearing underwater.

When they come across any fish, they quickly pick up the slightest change in water pressure caused by the fins of the nearby fishes. This way, they can detect both their predators and prey.

Since bigger fishes or predators will generate more pressure in the water, it helps turtles know about their opponents better. And when the water pressure change is less, the turtle considers it a green signal for possible prey.

Thus, turtles use their internal ear as a device to understand changes in water and air pressure to survive and prey underwater.

Will My Turtle Hear Music?

By this time, you should understand that turtles’ ears are more adept at hearing low-frequency sounds. So, they can actually hear music if it is in their frequency range. Thus, they will hear sounds coming from a cello, or the bass sound better.

Yes, turtles can hear, but it is pretty limited. They have the best hearing capacity underwater. Sea turtles can hear from 200Hz to 750Hz sound better. But when they are on land, their auditory ability falls rapidly and makes them more vulnerable to predators.

Hence, you need to take care of your turtles better on land than underwater. Also, you should play low-frequency music near them if you indeed want to entertain them with music.