These two excellent characteristics of turtles have made them one of the top pets around the world. But these creatures pay a heavy price for their calm nature. Since turtles rarely get engaged in a fight and are small in size, different predators love to prey on them. Also, natural disasters take a heavy toll on these beautiful and fascinating creatures.

Hence, we are all ready to shed light on this issue in today’s write-up.

What Is A Turtle Scale, And Is There Any Types?

Turtle scale is different from turtle shells. The turtle shell is a private protective part of its dorsal and ventral regions. On the contrary, turtle scales are almost everywhere on a turtle and even on the shell. It also works as protective gear for the turtles.

Depending on the position of scales on the turtle body, broadly, there’re two types of turtle scales. These are:

Now, let’s discuss the two types of scales and see what they do.

Turtles Scales on Its Body

In general, the body of a turtle is mainly made up of a shell that almost entirely covers the whole body of the turtle. However, it can’t cover a few areas such as the legs, ears, head, and neck. So, these exposed parts are vulnerable to predators’ attacks.

Luckily, with millions of years of evolution, these exposed parts except the head of a turtle have been covered with scales. This is the same for all but sea turtles.  Sea turtles also have scales on its head that protect them from larger predators in the ocean.

You will be utterly shocked to know that the scales on the body of common land turtles, the head scales of sea turtles, and the regular scale of tortoises are almost identical. The only small difference you will find is the color and size of the scale, which vary from one species to another.

Also, land turtles have smaller scales compared with sea turtles and tortoises. What’s more, many people believe that baby turtles don’t have scales when they are 1st born. But this is far from reality. Even a newborn turtle is hatched with scales on its body. 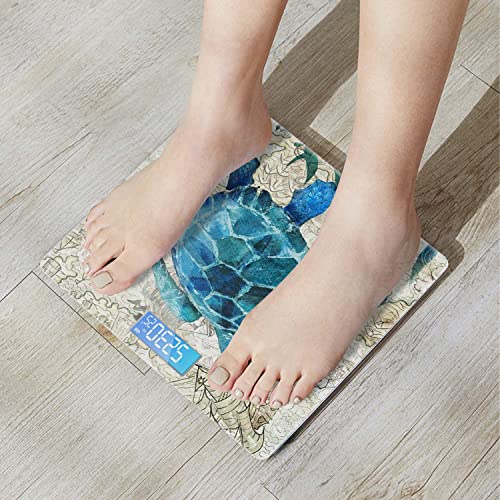 Turtle Scales on Its Shell

Except for one variance, the scutes of a turtle and the tortoise are almost similar. The variance comes from the ability to shed scutes for natural growth. Yes, a turtle can shed off its older scales just like snakes change their scales to grow bigger. However, a tortoise can’t change its scales or scutes, whatever you may call it.

Also, the scutes vary widely in colors and sizes from one species to another.

The Role of Scales in A Turtle Body

It is simple- the primary role of a scale is to protect the turtle’s body from outside attacks and make it more resilient against external influences. But you will be surprised to know how the scale does so.

But due to the scales on a sea turtle’s head, they remain entirely invincible from the jellyfish stings. Hence, the scales work as a helper for a sea turtle to prey.

Also, since turtles remain mostly in water, so, different algae, fungi, bacteria, and the virus may attack them. The scale protects the soft flesh underneath the scutes from these bacteria and other harmful elements. Once the turtle changes the scute while growing up, the bacteria, algae, and fungus on the scute also go away. This way, the turtle becomes juvenile and disinfected once again.

What Materials Do Make the Turtle Scale?

Now that know what a turtle scale actually is and what role it plays in a turtle’s life, we know that you might be interested to know the element that makes the turtle scale. So, we are up to it.

Keratin makes the turtle scale. Don’t know what keratin is? Look at your nails. These are made of keratin. In the same way, keratin and some other elements in small amounts from the scale of a turtle.

Now, let me tell you one more thing. Depending on what condition the turtle is living in, wild or domesticated, and its food habit, the scale may vary slightly in terms of resilience. Also, in some species, the scales are seen as more prominent while in other species, these aren’t so prominently visible. But that doesn’t mean they don’t have scales.

Big or small, adult or juvenile, and land or sea turtle- every turtle protects its sensitive and exposed organs with hardy scales.

As we came in the last part of this article, we hope that the piece of write-up has cleared your confusion between a turtle scale and a shell. Also, you should, by this time, know what scutes (scale on the turtle shell) are and how the scales function to safeguard turtles from any external challenges such as predators and bacteria.