Although most people don’t believe turtles sleep like normal human beings. But what’s more fascinating is that most turtles can sleep underwater. Yes, I understand that this information might freak you out with surprise. You might be thinking how on earth; do the turtles sleep for so long under the water? How do they breathe?

I was also duped with the same question- do turtles sleep underwater? And even if they do, how do they do it? Hence, I started googling it.

And guess what? I found some interesting facts to share with you. How about checking the information?

Do Turtles Sleep Underwater: What Science Tells Us?

To date, no in-depth scientific research has been done on turtles’ sleep techniques underwater. However, few turtle enthusiasts and owners have examined and observed their turtles strictly and came up with the following decision:

Yes, most turtles sleep underneath the water.

I understand that the answer might seem surprising to you. But turtles indeed sleep underwater, and it’s not for a few odd moments only. Instead, they will sleep underwater for nights and days during their hibernation and brumation period.

If you wonder how they manage to breathe, the question lies in their anatomical dissection. Due to their cold-blood nature and slow metabolism, they are capable of holding oxygen within their body for an extended period.

Also, due to its cold-blood function, when the turtle remains underwater, the metabolism slows down even more since the temperature remains lower underneath the water than the earth’s surface. This also helps the turtle sleep without breathing oxygen in for long hours.

They apply the technique mostly during their hibernation period.

Turtles’ Sleeping Place Beneath The Water

Now that we know turtles can sleep underwater without any disturbance at all, you may be interested to see a fact. You might be wondering where they sleep in the water. Do they float or find a secure place for sleeping underwater?

Well, the answer is quite fascinating. The turtles focus on three significant issues while selecting their sleeping place underwater.

Depending on these three vital considerations, different turtles choose different sleeping places. Let’s take a look at them. 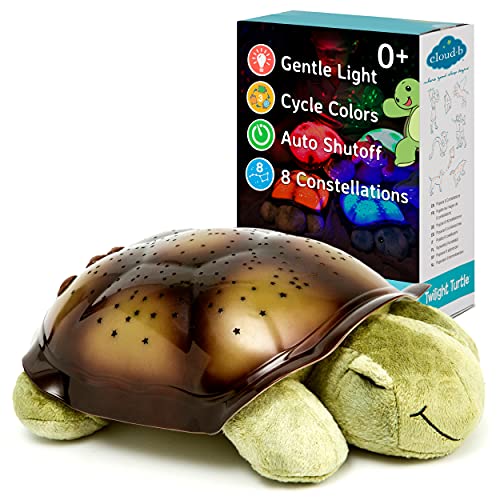 There’re many kinds of freshwater turtles, and they all have different sleeping techniques and favorite sleeping faces.

For instance, Painter turtles sleep under the mud or sand right beneath the pond. They bury themselves under the sand. They have a unique composition of their shell, which matches perfectly with their slow metabolism to enable them to sleep buried under the mud beneath the water for days and sometimes even months. They absorb oxygen from the pond water.

On the contrary, semi-aquatic turtles love to dig themselves in the marshy area. For instance, map turtles will dig it entirely or partially in a grassy, muddy, or mosh area. While the snapping turtles hibernate in shallow water or submerged logs or muskrat tunnels with abundant water.

Sea turtles, when out in the deep ocean, prefer sleeping on the surface of seawater. While you think it’s not possible, the salinity of the seawater actually helps sea turtles to float comfortably on the water’s surface.

For resting, the marine turtles will wedge with the coral outcroppings or overhanging rocks. However, for breathing, they once come above the water, take a quick breath to replenish and then, go back to their resting place.

Since their metabolism rate slows down, the lung uses oxygen more efficiently. Hence, they can remain under seawater for several hours.

Turtles Breathing Technique in The Water

Since turtles are habituated to sleeping underwater, the next question that might creep in our mind is, how do turtles breathe in the water or underwater?

The answer is quite simple. Just like we humans breathe in the air, turtles also use the same technique to breathe from the water. And let me clarify one thing- turtles don’t breathe underwater. They carefully raise their head slightly above the water to breathe in oxygen from the air.

But unlike a human who needs to breathe in and out every second, turtles can hold oxygen for an extended period in their lung. They make this possible, thanks to their reduced metabolism rate during resting or hibernation.

Since they slow down their metabolism, their limbs and other body parts remain standstill. Turtles, thus, may seem like dead animal floating in the water. As a turtle owner, I know how freaking this appears. But over time, my experience had the better of me, and now I understand it’s normal.

So, I would recommend you not to bother your turtles if you find them resting in a standstill position underwater. Instead, leave them to sleep in peace. Once they are done with their sleep, they will come over to the water.

How Often Does a Turtle Sleep?

The sleeping time of turtles will vary from one species to another. From my point of view, I can tell that my turtle sleeps 3-4 hours on average. He seems to sleep near the room heater and seems comfortable there.

So, I think that most turtles will sleep around 3-5 hours during the summertime. This might fluctuate slightly depending on external affairs such as food, weather, and turtles’ age. However, as the temperature shrinks down, turtles will go into hibernation, which may last up to several months at a stretch.

Turtles are indeed extremely fascinating animals. They are, in fact, the most loved reptile in the whole world. So, they are petted worldwide.